OEM Software Notice:
To purchase OEM System Builder software, you must be a System Builder and accept the System Builder License. "System Builder" means an original equipment manufacturer, an assembler, a Refurbisher, or a software preinstaller that sells the Customer System(s) to a third-party. OEM software may ONLY be distributed with a fully assembled computer system.
For a desktop operating system or application software, the software also must be preinstalled on the hard drive of the fully assembled computer system, using the OEM Preinstallation Kit (OPK).
The system builder who installs the software is responsible for the provision of end-user support

Windows 10 harmonizes the user experience and functionality between different classes of device, and addresses shortcomings in the user interface that were introduced in Windows 8. Windows 10 Mobile, the successor to Windows Phone 8.1, shares some user interface elements and apps with its PC counterpart.
The Windows Runtime app ecosystem was revised into the Universal Windows Platform (UWP). These universal apps are made to run across multiple platforms and device classes, including smartphones, tablets, Xbox One consoles, and other compatible Windows 10 devices. Windows apps share code across platforms, have responsive designs that adapt to the needs of the device and available inputs, can synchronize data between Windows 10 devices (including notifications, credentials, and allowing cross-platform multiplayer for games), and are distributed through a unified Windows Store. Developers can allow "cross-buys", where purchased licenses for an app apply to all of the user's compatible devices, rather than only the one they purchased on (i.e. a user purchasing an app on PC is also entitled to use the smartphone version at no extra cost).
On Windows 10, Windows Store serves as a unified storefront for apps, Groove music (formerly Xbox Music), and Movies & TV (formerly Xbox Video). Windows 10 also allows web apps and desktop software (using either Win32 or .NET Framework) to be packaged for distribution on the Windows Store. Desktop software distributed through Windows Store is packaged using the App-V system to allow sandboxing. 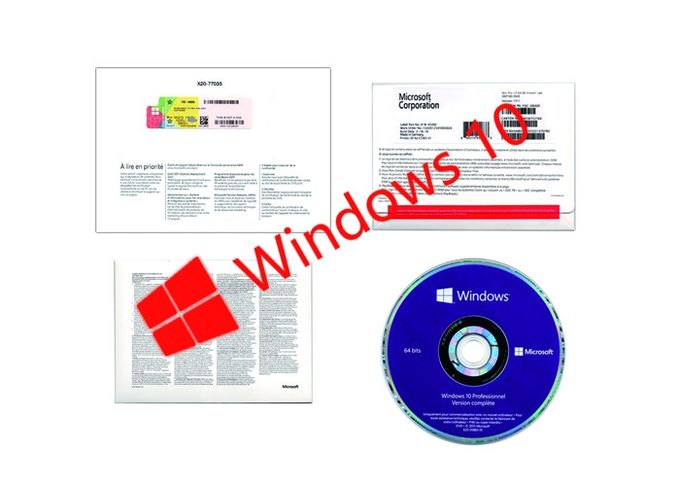 When will it delivery?

Within 1 day after receive payment.